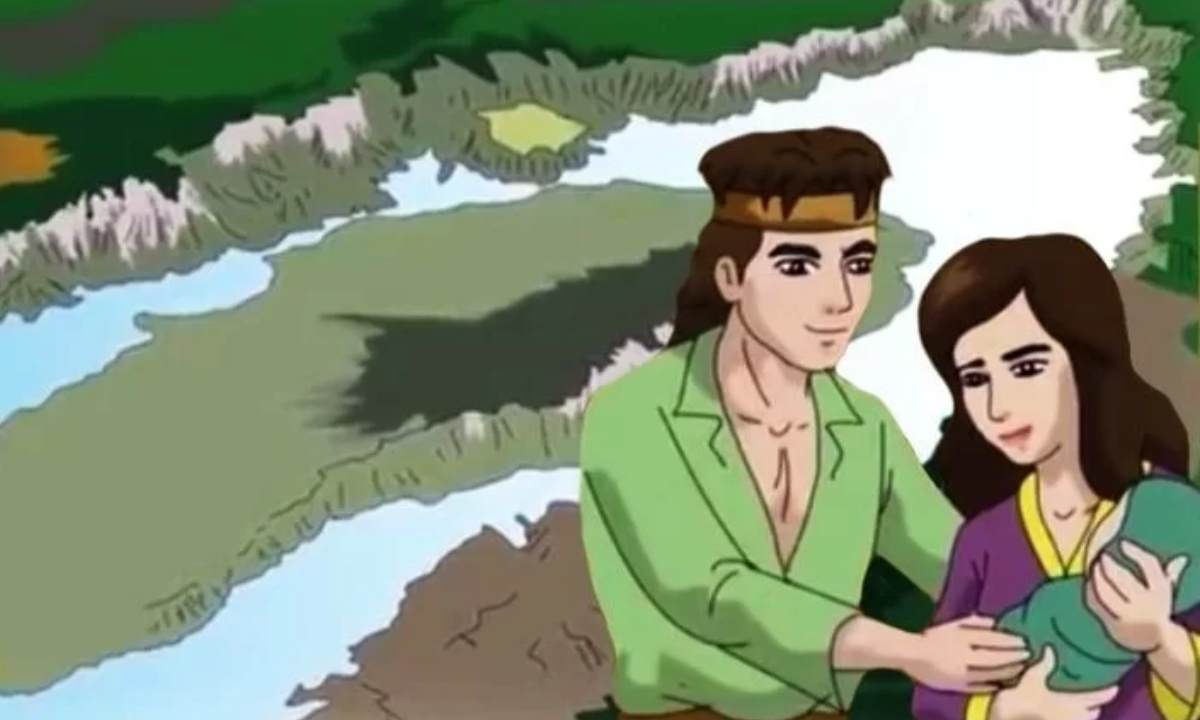 A long time ago, there was a man named Toba. One day, she fished on the river and got a fish. He was so surprised when that fish can talk and change into a beautiful girl.

Then, Toba brought her home and marry her with the condition to keep her secret by not telling anyone where she come from. Toba agreed and they got married. A few years later, they had a son named Samosir.

One day, Samosir asked to deliver some food to his father Toba, but on the way, he feel hungry and eat the food.

Toba was angry and accidentally told that her mother was from a fish. Samosir then back home and told his mother about it. Soon after that, Toba and his mother disappeared and the land gave off the water and in a moment turned into a lake. 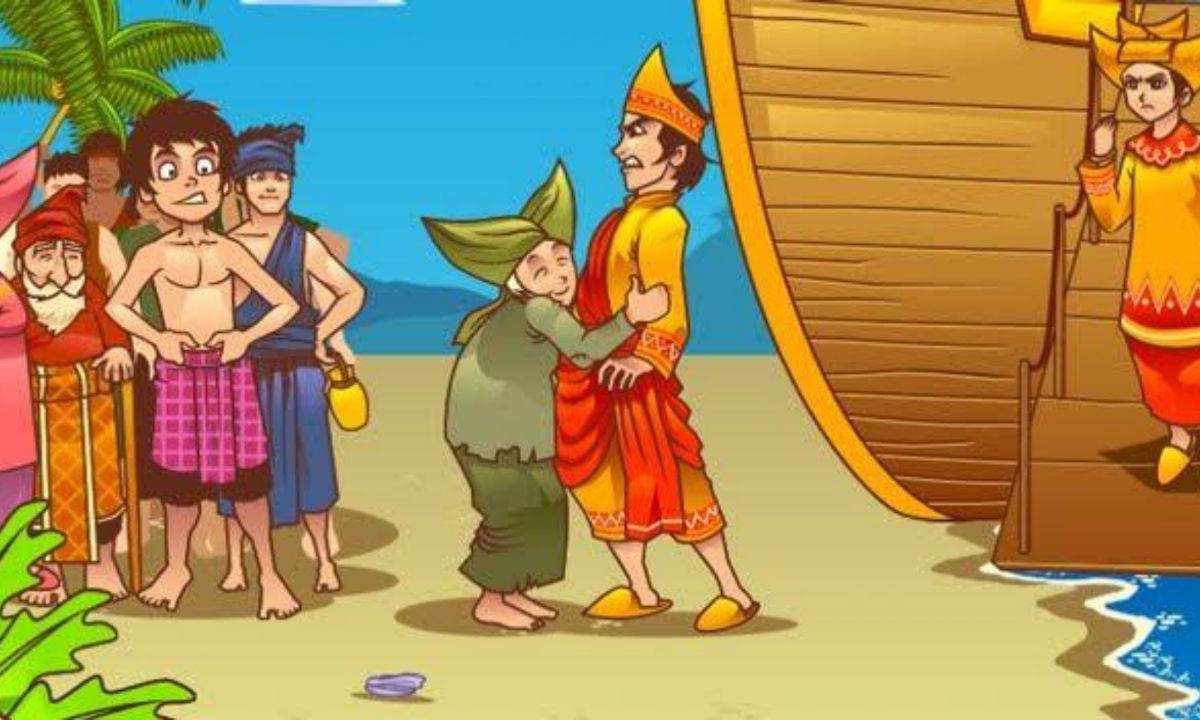 Once upon a time, on the north coast of Sumatera lived a poor woman and his son, who called Malin Kundang. His Father eventually died, and his mother lived alone as a poverty-stricken old woman.

Malin Kundang grew up as a skillful young boy. He always helps his mother to earn some money. One day, Malin Kundang decide going to overseas and promise to come back.

After several years had gone by, Malin Kudang finally decide to return to his village. He arrived wearing fine clothes and traveling on one of his ships. Someone arriving in such splendor was uncommon to the villagers, so many of them went down to the harbor to view the sight.

One of the villagers recognized Malin Kundang form a scar that he had received while playing as a child. Upon recognizing the mark, the villager went to tell Malin Kundang’s mother that her son had returned. Excitedly, she went to the shore and recognized her son the minute her eyes fell on him.

When the older woman called him her son, he refused to believe that he head such an old woman as a mother. His disbelief was heightened when his wife questioned why he had not told her that he had an elderly, poor mother.

In an alternate translation, Malin Kundang was on the ship with just his crew. When his mother attempted to embrace him, he was too embarrassed by her ragged appearance to acknowledge her and instead, had one of them carry her away.

Distraught and finally realizing he son’s wickedness, Malin Kundang’s mother gave up on her son’s acknowledging her and prayed to her god to punish her son for his behavior.

The day after his mother’s prayer, Malin Kudang sailed out of the village. Shortly thereafter, the ships was met by a violent storm. Malin Kundang believed the storm was his god’s and nature’s ways of punishing him for his mistreatment of his mother.

He felt guilty about his behavior towards her, asked for forgiveness, and began to pray. However, his repentance was too late, for the ship was destroyed at sea. But, in some translations of the tale, Malin Kundang was turned into coral. In other, the ship, the crew, and he become rock formations that are still standing. 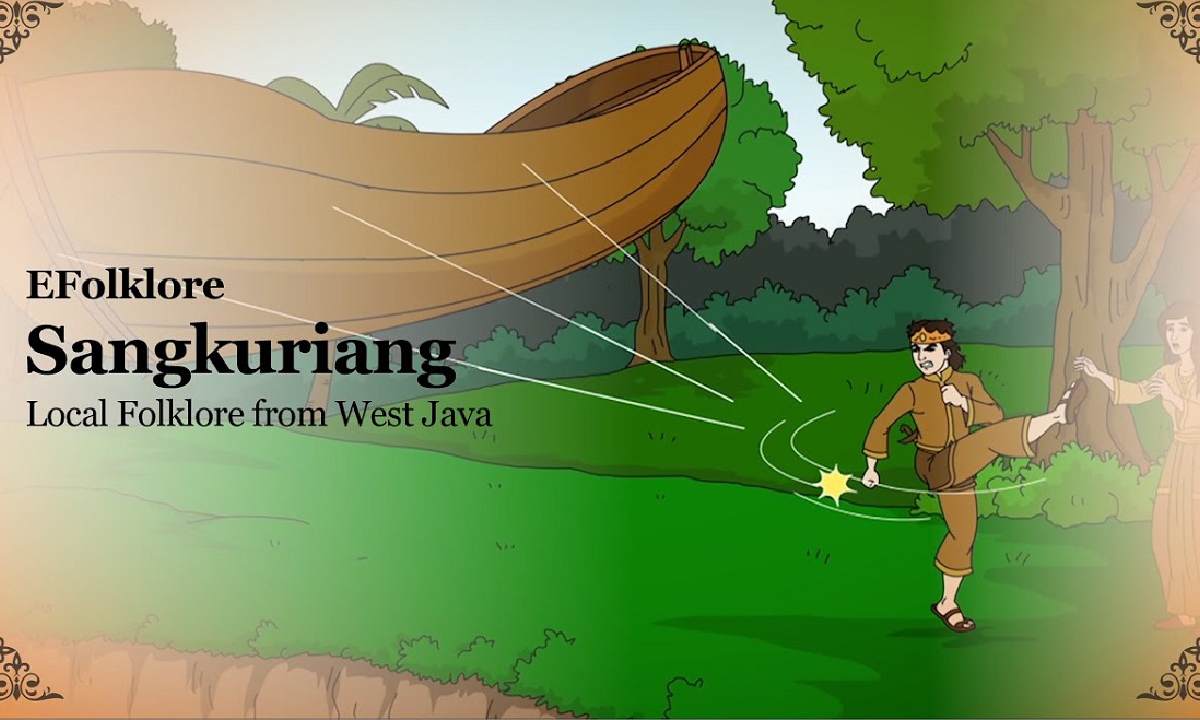 Long time ago in West Java, lived a woman named Dayang Sumbi. She lived alone in the forest.

One day, Dayang Sumbi was quilting when suddenly, her quilt fell off from her house. Then she prayed to Gods, “If a man picks up my quilt, he will be my husband. If a woman, she will be my sister”.

Then, a male dog picks it up. For keeping her words, Dayang Sumbi married the dog and called him Tumang. She gave birth to a baby, named him Sangkuriang, but never told him who his father was.

One day, Sangkuriang was hunting with Tumang in the forest and he found nothing. He blamed Tumang for the failure and killed him. When Dayang Sumbi knew that, she hit Sangkuriang’s head with a big spoon and asked him to go away.

Many years later, the wandering Sangkuriang found a house in the forest. The woman, Dayang Sumbi, recognized the adventurer as Sangkuriang. Sangkuriang forced her to marry him and Dayang asked him to make a vast boat in one night.

In the night, Sangkuriang called his friend, ghost and forest fairies to help him. Dayang Sumbi feared the boat colud be finished on time, so she asked some women nearby to help her.

Sangkuriang was very angry, he kicked away the boat upside down and it turned into a mountain called Tangkuban Perahu.

It means the downside boat, which stood in the north of Bandung. 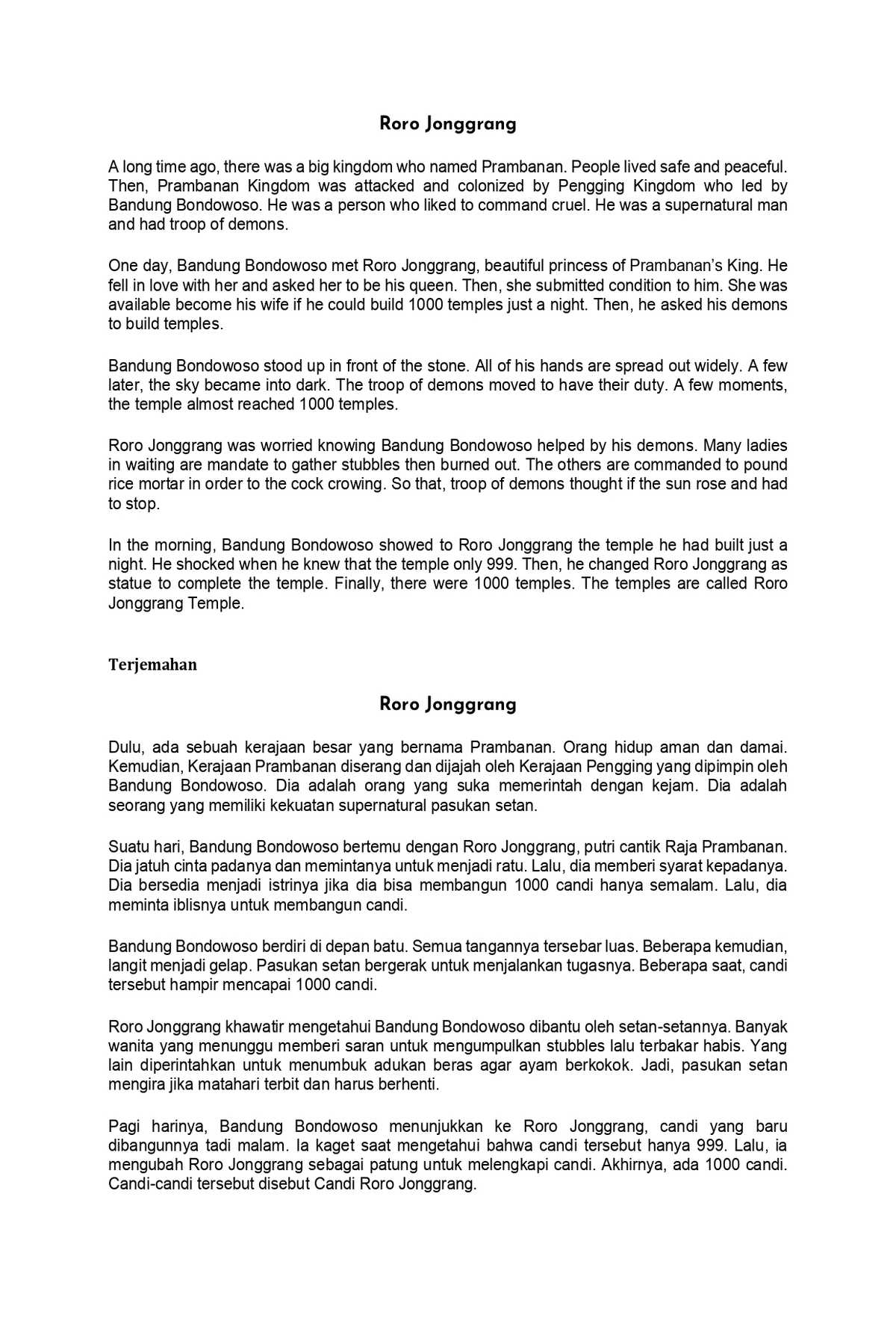 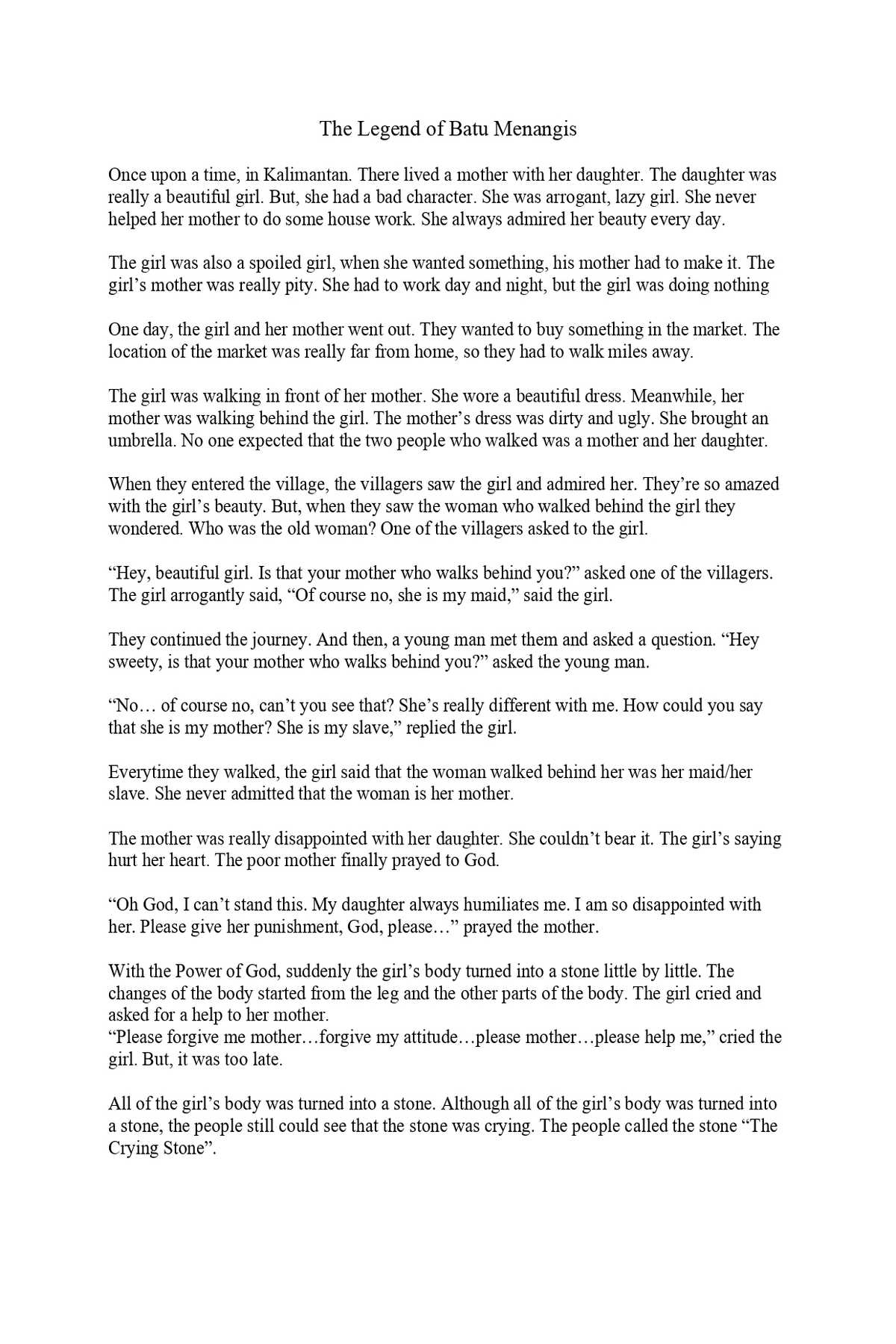